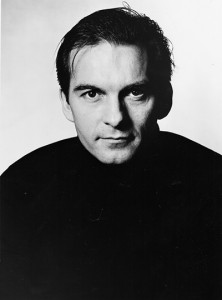 PASCAL RIOULT (Artistic Director / Choreographer) In 1992, The New York Times dance critic Jennifer Dunning wrote “If Pascal Rioult keeps on creating the kinds of dances he has been choreographing with such authority for a mere three years, he may have to leave his job as a soloist with the Martha Graham Dance Company and become a full-time choreographer.” Rioult’s career as a choreographer began in 1984 when, as a principal dancer with the Martha Graham Dance Company, he held an informal showing of his first works at New York’s 92nd Street Y. In 1989, while still a member of the Graham troupe Rioult choreographed Narayama and Harvest, which were danced by the Graham Company during its New York City seasons at City Center. He produced his first concerts at The Theatre at Riverside Church in 1991 and 1992, and founded Pascal Rioult Dance Theatre in 1994.

Since 1994 Mr. Rioult has dedicated his energies to building and perfecting a choreographic style of his own, nurturing a robust ensemble of dancers, and growing his company, Pascal Rioult Dance Theatre. Pascal Rioult is known for his daring and imaginative explorations of classical scores, in particular those of Ravel and Stravinsky; he is currently working on a commission to the music of Steven Sametz. Mr. Rioult’s work has been performed by many dance companies in the United States and Europe, including: Ballet de Geneve, Lithuanian National Ballet, Purchase Dance Corps, Ririe-Woodbury Dance Company, Vassar Repertory Dance Theater, and State School of Dance – Athens. He has received commissions from American Dance Festival, Durham, NC, Cal Performances, Berkley, CA and Théâtre de Saint Quentin en Yvelines, France, among others.

A former track and field star in France, Rioult came to the United States on a fellowship from the French Ministry of Culture to study modern dance and performed with the companies of May O’Donnell and Paul Sanasardo before joining the Martha Graham Dance Company. As a principal dancer, he interpreted many of the most prestigious roles in the Graham repertory and in 1990 Ms. Graham created the central role (Death Figure) in her ballet The Eye of the Goddess for Mr. Rioult. He performed opposite Mikhail Baryshnikov and Joyce Herring in El Penitente and was featured in two television specials: Martha Graham in Japan and Five Dances by Martha Graham at the Paris Opera.