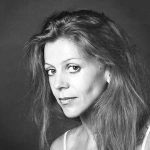 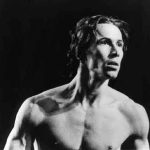 A native of France, Ms. Mécène graduated from the University of Bourgogne with a Licence Professionnelle in Artistic and Cultural Management. She received multi-disciplinary dance training in Paris and graduated with a C.A.E. in Jazz from the Fédération Française de la Danse. After teaching in Paris for two years she moved to New York City in 1988 for in-depth studies of the Martha Graham technique. As a regisseur Ms. Mécène restaged and directed numerous works of Martha Graham and has taught the Graham Technique at multiple national and international conferences. In 2011 Ms. Mécène restaged Ms. Buglisi’s Table of Silence on the Plaza of San Rufino Cathedral in celebration of the visit of Pope Benedict XVI in Assissi, Italy. She was also a Lecturer at Barnard College, NY, in 2004.

In 2017 Ms. Mécène re-imagined Ekstasis, a lost Graham solo from 1933, for the Martha Graham Dance Company premiering at the Joyce Theater with rave reviews. She also reconstructed an original work from Miss Graham’s American Document, The “Puritan Duet”, on Graham 2 dancers, premiering in 2010 at the Joyce Theater during the Martha Graham Dance Company New York Season. Her choreographic work has been presented in New York City, Saratoga Springs, New Town, Flint, Baton Rouge, Cape May, and also internationally, in Singapore, France, Italy, and in Japan.

Ms. Mécène danced with Buglisi Dance Theater (formerly Buglisi/Foreman Dance) from its inception in 1994 until 2007 and continues to perform as a guest. She also danced with Pearl Lang Dance Theater, Battery Dance Company and in the work of Susan Stroman, and Lucinda Childs, among others. Mécène also serves as an adjudicator for dance competitions nationally and internationally.

Ms. Mécène’s writing has been published in Ballet Review and the French magazine Danser. She has served as President of EFSD (Emergency Fund For Student Dancers) in New York City from 2012 to 2016.

Kevin Predmore is a former Principal Dancer with Buglisi/Forman Dance (now Buglisi Dance Theatre) and Pearl Lang Dance Theater and has been instrumental in the creation many of those companies works. He has performed internationally with the Martha Graham Dance Company and the Battery Dance Company and has been a member of Pascal Rioult Dance Company, Coyote Dance Company, Michael Mao Dance Company, Asiad Dance Theater, Carolyn Dorfman Dance Company, and Omega Dance Company. Mr. Predmore has danced works by Moses Pendelton, Daniel Nagrin, Max Luna III, Brenda Banden-Semper, Maxine Sherman, and Theresa Maldonado. He co-produced “Profiles” an evening of solos and duets at the Sylvia and Danny Kaye Playhouse. He choreographed “Waning with the Moon,” which premiered at the Marymount Theater, NY as part of the Martha Graham Choreographer’s Project, and has been commissioned by the Singapore Dance Ensemble to teach, choreograph and perform. Mr. Predmore holds a B.F.A from Stephens College and an M.F.A. from S.U.N.Y. Purchase. He is currently on the faculty of The Ailey School where he also serves as Faculty Advisor for the Professional Division. He is a faculty member at the Martha Graham School of Contemporary Dance and he also teaches nationally and internationally.