After 16  inspired years, Kanopy will vacate its iconic

for a $100 million mixed use development

near the Overture Center for the Arts

A Dynamic Era for Kanopy’s Studios on State Street  Ends

Madison, WI—March 11, 2021— A dynamic era for Kanopy Dance Company  (Kanopy) is coming to a virtual close. By June 1, 2021, Kanopy must vacate its iconic State Street studios (home to the Kanopy Dance Academy) as nearly a full city block will face demolition, making way for a $100 million + mixed -use development by Core Spaces, a Chicago-based firm specializing in student housing.

Since moving to the State Street studios in 2005, Kanopy Dance Academy has staged some 16,000 dance classes there, taught by some of the premiere talents and shapers of modern dance. Other businesses in the complex at 341 State Street, which was sold to Core Spaces for the  ambitious redevelopment  by Urban Land Interests, include Room of One’s Own Bookstore, Community Pharmacy and Casa de Lara.

After a nine-month long search, Kanopy has leased a ground floor space that will be converted into the Academy’s studios in Metropolitan Place, 329 West Mifflin Street, around the corner from the Overture Center for the Arts (where Kanopy is a resident company) and next to the Madison Opera.

Susanne Voeltz, Kanopy’s spokesperson, remarked that Kanopy looks forward to remaining downtown both in contributing to and benefiting from its cultural energy:

“We are excited that Kanopy is continuing its commitment to the vitality of the downtown and has found a wonderful new home that strengthens the synergy of the Cultural District, and, most importantly,  provides a safe and healthy environment for our students, faculty and visitors with accessible, inviting and high-tech studios where our highly regarded dance training program can continue to  flourish and grow and where we can  even stage  small pop-up dance ‘happenings’ with our guest artists.”

Kanopy has tapped architect James McFadden -whose projects include the award-winning historic rehabilitation of the landmark Machinery Row on Williamson Street, as well as the creative offices for Planet Propaganda and a tri-level yoga /fitness space for The Studio, both tenants there—-for the renovation. Robert Cleary, Kanopy’s co-artistic director, is serving as the project manager.

Plans  for the new studios include the installation of an extensive Needle Point -Bi-Polar Ionization system to ensure high quality air flow  for the safety of Kanopy’s students, instructors and guests. In addition, Kanopy is investing in state -of -the art audio/visual equipment to prepare for a future that will incorporate live streaming to support Kanopy’s  in-person teaching, collaborations with artists around the country, as well as expanded arts outreach initiatives.

(Please note -Kanopy Academy’s classes are currently all virtual, as soon as it is deemed safe, Kanopy will cautiously move into a hybrid of virtual and in person instruction with appropriate safety protocols in place. We also hope to light up the stage again at the Overture Center late next fall, all depending on the trajectory of the Covid impact).

Kanopy Dance is a quintessential modern dance company. While the company “informs” its works through its roots in the Martha Graham tradition, Kanopy has cultivated its own brand, working to forward a new dimension and visual language to advance American dance. Kanopy’s artistic directors, Robert E. Cleary, (former principal dancer for Ballet Minnesota and Minnesota Dance Theater) and Lisa Thurrell, (former dancer with the Martha Graham Dance Company, NYC), not only strive to preserve the best of Graham; but also, to cultivate the dynamic growth of American dance by training professional dancers, choreographing new works and collaborating with artists to establish new creative benchmarks.

Kanopy Dance Company has a strong regional and national presence working collaboratively with cutting edge dance and dance theater companies throughout the country. Each season, Kanopy attracts dancers and choreographers who are shaping the modern dance scene. In 2013, Kanopy also formed an ongoing partnership with Martha Graham Dance Company that continues to flourish and grow.

In addition to performing original works at our home, the Overture Center, and presenting at arts venues including Chicago, Minneapolis and New York City, Kanopy annually engages in numerous outreach programs presenting educational workshops, master classes, lecture demonstrations and performances. Kanopy also provides free tickets to those who might otherwise not have access to the performing arts with the Community Tickets program in collaboration with Overture Center. 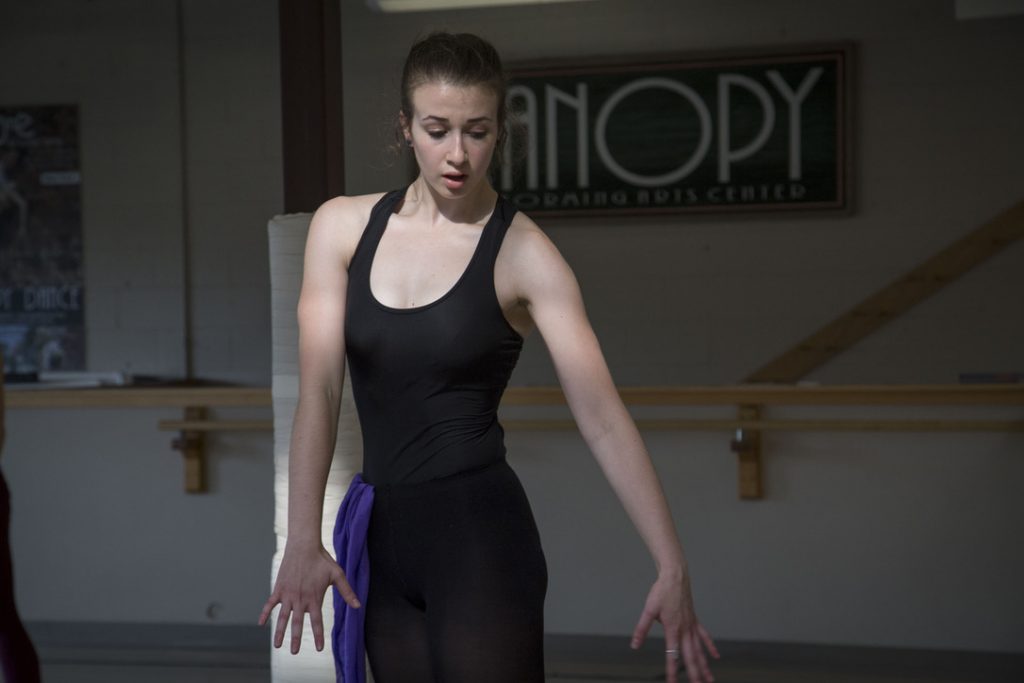