For Intermediate/Advanced dancers, ages 12-adult. This is a rare opportunity to train with master artist in Humphrey/Weidman Dance; founding technique to Jose Limon Dance Company, and much modern we see today. Learn from Master Teacher and former Principal Dancer of Charles Weidman Dance Company, Deborah Carr. Repertory from Weidman’s American Masterwork ‘Lynchtown’ (1936) will be learned. There will be an informal showing at the end of the week with Ms Carr, Kanopy Dance Company and workshop students. 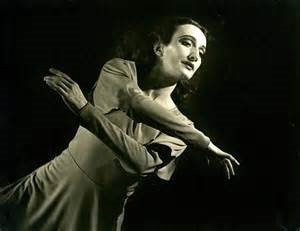 Charles Weidman and Doris Humphrey are considered giants of American modern dance and pioneers in the development of the art form. Both became dancers at the young ages of 18 and 19 in the Denishawn Company dancing along side Martha Graham, Ted Shawn, Ruth St. Denis and others. They performed with the company in vaudeville throughout the United States and in concerts in England and Asia. In 1927, Weidman and Humphrey left Denishawn and together they established a company and a school devoted to exploring a new aesthetic. It was the work of this company and that of their contemporaries, Martha Graham and Hanya Holm, that has come to be known as modern dance. Humphrey and Weidman established new principles of technique involving gravity, fall and recovery, sustained, suspended, and vibratory movement. Incorporating these innovative techniques, the two pioneers choreographed many works together. The Humphrey-Weidman Company gave regular performances in New York and toured the country extensively for many years. In 1946 Doris retired from performing and became artistic director of the José Limón Dance Company until her death in 1958. Weidman continued to create dances, perform, and teach. He established a school and company of his own – The Charles Weidman School of Modern Dance and the Charles Weidman Theatre Dance Company. In 1960, he created and established the Expression of Two Arts Theatre in New York City where he presented regular weekly performances until his death. Weidman and Humphrey influenced a great many dancers. Among the best-known artists and directors who studied with them are: Jose Limon, Jack Cole, Gene Kelly, Sybil Shearer, Eleanor King, Bob Fosse, and Alvin Ailey.

Master Teacher Deborah Carr is a graduate of Stephens College where she studied with Harriett Ann Gray, soloist with the Humphrey-Weidman Company. After graduation, Ms. Carr moved to New York and joined Charles Weidman’s Theatre Dance Company. In 1976, she established her own company that performed original works by Ms. Carr and maintained many dances from the classic repertory of Charles Weidman and Doris Humphrey. Deborah Carr’s Theatre Dance Ensemble was a well-respected company that was invited to perform in prestigious dance festivals such as the American Dance Festival at Purchase and the New Dance Group Retrospective. In addition to Charles Weidman, Ms. Carr has worked with other Humphrey-Weidman dancers including Ernestine Stodelle, Beatrice Seckler, Peter Hamilton, George Bockman and Nona Schurman. She had studied Limon technique with Ruth Currier and Betty Jones and has performed with Limon dancers Carla Maxwell, Gary Masters and Fred Mathews. Ms. Carr has many years teaching experience on both the college and professional levels. She has been on the faculty of St. Joseph’s College and City College in New York and has taught as a guest artist at universities throughout the country. In the United States, she has set repertory on a variety of professional companies and also taught in England and Ireland. She has taught for the professional studies program at the Limon Institute and coached the Jose Limon Company. She joined the Stephens faculty as Guest Artist in 2003 and became faculty in 2005.