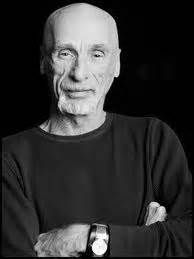 Learn from Master Teacher and Artistic Director of Sokolow Theatre Dance Ensemble (NYC) Jim May; and Principal Dancer Assistant to the Director of Sokolow Theatre Dance Ensemble Samantha Geracht. Anna Sokolow danced in the Martha Graham Company before founding her own Company in the 1930’s. Her masterworks have been re-staged by dance companies throughout the world. Called an American Expressionist, founder (along with Graham) of the Actors Studio, her influence on American Modern Dance and also Theatre is widely acknowledged. Repertory class will include excerpts from Lyric Suite and Scenes from the Music of Charles Ives. Students will study Ms. Sokolow’s unique approach to dance, theatre, and musicality. There will be an informal showing at the end of the week with Ms Geracht, Mr May, Kanopy Dance Company, Kanopy Company 2 and workshop students.

Jim May, Director of Sokolow Theatre Dance Ensemble, NYC, was a devoted disciple of Anna Sokolow for 35 years and co-artistic director of her dance company, Players’ Project, since 1980. He is the recipient of a 1999 Bessie Award for lifetime achievement, “for a sustained achievement over decades as dance’s premiere leading man, an actor-dancer of extraordinary range and scope of character, in the living theater of Anna Sokolow.” Mr. May and members of the company restage Sokolow’s Repertory throughout the nation and abroad. In 1966, Mr. May joined the Limón Company under Jose Limón’s direction, becoming Soloist in Limon Company. He studied with Betty Jones, Sarah Stackhouse, Carla Maxwell. In addition he was Principal Dancer with Ruth Currien Dance Company and the Danny Lewis Dance Company. He received intensive training from Ernestine Stodelle, an original member of Doris Humphrey’s Dance Company and exponent of the Humphrey style. Mr. May continues to embrace the distinct dance styles of Ms. Sokolow and Mr. Limón. He won a 1996 Fulbright Scholarship to Mexico City to extend his studies of his two mentors, concentrating on the “across the border” relationship of Modern dance between these two countries. Mr. May has taught on the faculties of SUNY Purchase, Juilliard School of Music, and Princeton University. In 1992 he received the Marcus Award for Teaching Excellence from Washington University. Jim has taught extensively in Taiwan, where he founded the company Dance Forum Taipei. He returns to Mexico every year to teach at Central de Investigacion Corografica. He has taught at many Universities and schools in Italy, France, Germany, Korea, Canada, South America, Switzerland and the United States. Mr. May was given the Marcus award for teaching excellence and was recently granted another Fulbright award to teach in Chile. Mr. May has been on the faculty of the Limón Institute for many years and currently teaches at Peridance in NYC.  His choreography has been in the repertories of Dance Conduit, Dance Forum Taipei, and Thoughts in Motion, and he is currently resident choreographer of the Sokolow Theatre Dance Ensemble. Besides dancing in several shows on Broadway he also was a member of the Eliot Feld Ballet Company. As a guest artist, he has performed works by Donald McKayle, Don Redlich, Murray Louis, Pauline Koner, and Kurt Jooss, to name a few of the great choreographers of the 20th Century.

Samantha Geracht Artistic Director of Anna Sokolow Theatre Dance, was a member of Anna Sokolow’s Players’ Project for eleven years, and when the name changed, became a founding member of Sokolow Theatre Dance Ensemble (2004).  As a Sokolow authority, Ms. Geracht reconstructs Sokolow works on students and professional companies as well as teaching Sokolow technique classes. Ms. Geracht danced extensively with Deborah Carr Theatre Dance Ensemble performing the works of Charles Weidman, Doris Humphrey and Ms. Carr. She has performed with Jim May, Gail Corbin, Richard Biles, Claudia Gitelman, David Parker and The Bang Group, Rae Ballard’s Thoughts In Motion; and performs and presents her own choreography. Ms. Geracht holds a BS in dance from the University of Wisconsin.  After graduating from UW she studied extensively at the Nikolais/Louis Dance Lab in New York City. Over the course of her 25-year career she continuously trains under Betty Jones, Fritz Luden and her mentor Jim May. Ms. Geracht is on the Artsbridge faculty at the Hoboken Charter School.

SOKOLOW THEATRE DANCE ENSEMBLE is under the Artistic Directorship Jim May, former Principal Dancer and Assistant to Anna Sokolow, and the original company Players’ Project. The Company performs, preserves and keeps relevant Anna Sokolow’s choreographic works; continues her legacy of teachings; and continues and develops her artistic vision for the now and for future generations. Anna Sokolow’s lifetime achievements combine the arts of theatre, dance, music and painting.  Ms. Sokolow encouraged artistic growth and the Sokolow Ensemble continues this desire by offering its expertise, knowledge, and experience to new choreographers who are interested in multi-arts projects.  In this manner, the ensemble influences both the past as well as the future, and will continue challenging the boundaries of dance by presenting the issues of humanity and strengthening our culture through artistic expression.  The Sokolow Ensemble reaches out into the community through teaching, licensing; and makes available archival material through many sources, including libraries, website, gallery showings, interviews, lectures, as well as performances.